Darien is a town in Fairfield County. It lies just 7 miles northeast of New York City and is home to over 20,000 people. Originally Darien was a part of Stamford known as Middlesex Parish in 1737 but was incorporated into Darien in 1820.

Until the arrival of the railroad, Darien remained a small, rural community of about 1,000 residents. After the Civil War, the town became one of the many resorts where New Yorkers built grand, luxurious summer homes. Today Darien is a suburban community with an active town center, excellent schools, and involved residents.

Residents in Darien know they can rely on Safe and Sound Electric LLC for all their residential electrical needs. 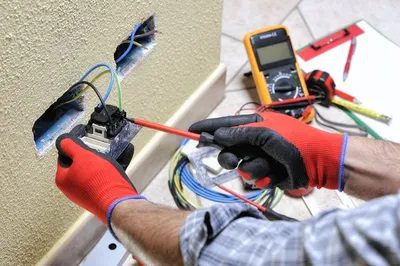 Safe and Sound Electric LLC is proud to provide a variety of electrical services to residents in and around the Darien area.

We can help with electrical repairs, electrical panel upgrades, lighting installation, fan installation and so much more. Reach out to one of our experienced team members today.

Hear from another of our happy customers

“I’ve used Safe and Sound Electric for various work over the years at my home and for my business.

I’ve found them to always be reliable, trustworthy, and they do excellent work. I’ve used them time and again and I recommend them to everyone.”

We’re ready whenever you are.

203-536-0021
All our services hold the top industry standard, 3 year warranty on our service.
If we ever do a less than perfect job installing or repairing something for you we’ll come back and fix it.